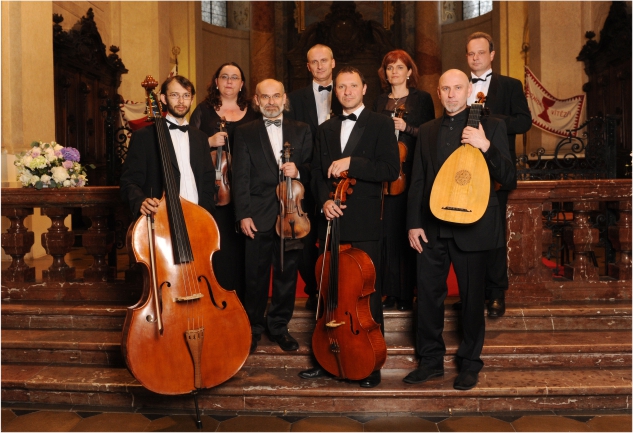 The church is open 30 minutes before the concert. Each concert last 1 hour without break. The seats are not numbered.

Children under 11 years free of charge.

HISTORY OF THE CHURCH

St. Nicholas on the Old Town Square is one of the oldest temples in the Old Town. In 1635 the temple came to the Benedictine monastery of Emmaus Monastery, which built a monastery here. The construction of the monastery lasted from 1727 until 1730, the work was conceived in a new temple, which was eventually completed in 1735. The church’s plans were drawn up by the famous Prague Baroque architect Kilian Ignazio Dienzenhofer. St. Nicholas in the Old Town is one of his outstanding works. The complexity of the arrangement of his interior, along with his interesting lighting scheme, is one of the most impressive church interiors in Prague.

250 seats (There are old wooden benches and extra wooden chairs, their number and layouts can be adapted to the requirements of the event, but with respect to employees of the church and the needs of artists).

Heated seats and heat lamps (Only in winter or in cold weather – wooden benches are heated by electric panels mounted on the front side and under seating area.By the other seats according to their disposition are heat lamps. Visitors can also use blankets.)

Stucco is the work of Bernard Spinetti, while the frescoes in the buckle and congregation of the celebration of St. St. Nicholas and St. John. Benedict showing scenes from the Old Testament. They were painted by Bavarian artist Cosmas D. Assam in 1735 – 36. Sculptures decorating the exterior are the work of Prague’s workshop Antonín Braun. The main altar dating from 1737 is made of imitation marble and has pillars with golden verzálkami. The main chandelier in the temple is in the shape of a crown crown and weighs 1,400 kg. It was made in the glassworks in Harrachov in 1860. Since 1920 the temple has been used by the Czechoslovak Hussite Church.

Temple organs come from the second third of the 18th century and originally were in the Jesuit church in Bohosudov. The three-part baroque wooden front of the organ is painted in black and decorated with vase, floral trimmings, canopies, shells, two figures of sitting angels and two figures of standing angels with ovens. The original organ of the organ was replaced with a newer one in 1949.

St. Nicholas Church on the Old Town Square in Prague is famous for its unique acoustics, where every visitor enjoy the charm of Baroque church with a pleasant listening to classical music concerts, which have become longlasting and popular tradition. Guarantee The quality of these concerts is guaranteed by selection of artists, who works from outside the other in the National Theatre or in Czech Philharmonic Orchestra.